In the article What Do Mass Shooters Believe?, writer Isaac analyzed the ideology of the mass shooters with 10 or more victims. The results are interesting and are worth delving into further.

The following graph shows the ideologies of the shooters: 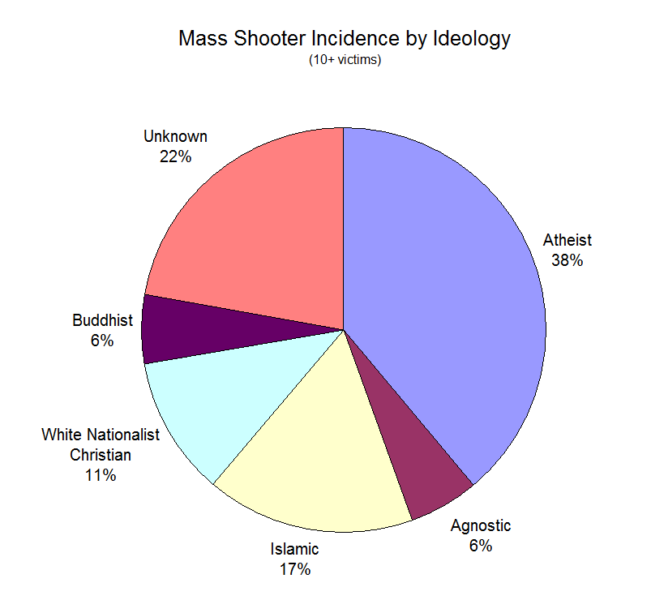 Of the 18 mass shooters with 10 or more victims, 7 were atheist. This represents 38% of the total number of shooters, by far the highest represented ideology. If we treat atheists and agnostics as a related ideology (don’t positively believe in God), then this number is 44%.

The following graph shows the number of victims by the ideology of the shooters: 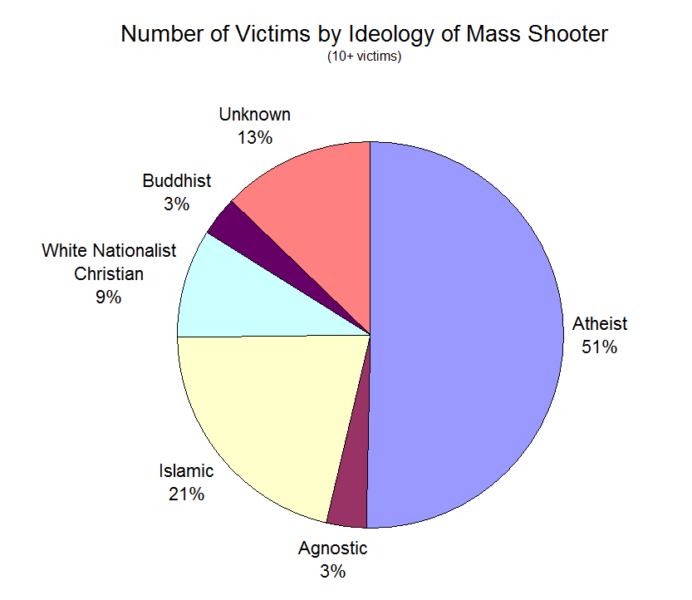 Mass shootings by atheists and Muslims disproportionately create more victims than other ideologies.

The raw data shown above indicates that there may a relationship between certain ideologies and mass shootings. In order to analyze this, it’s important to weight the data according to each ideology’s representation in the total population. In the general population, Christians make up about 74%, atheists 3%, agnostics 4%, Buddhists 1%, and Muslims 1%. Weighting the data yields the following result: 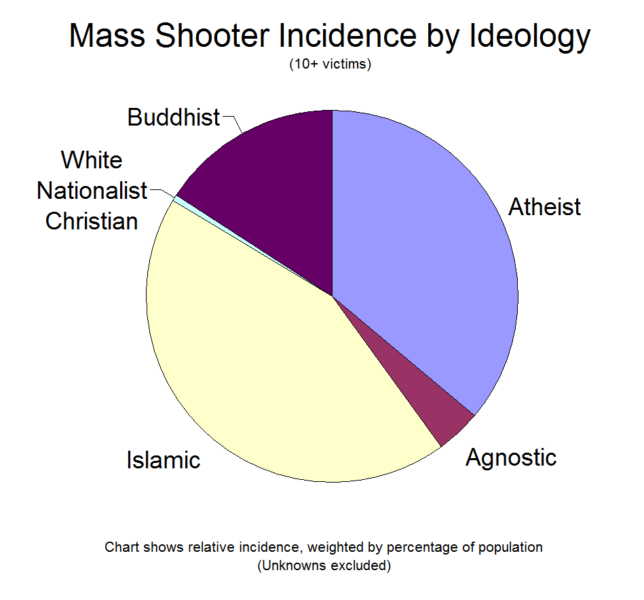 It’s fair to consider what those 22% unknowns would do to the proportions if we knew they were a member of one group or another. Let’s arbitrarily assign all of the unknowns to Christians and see what happens: 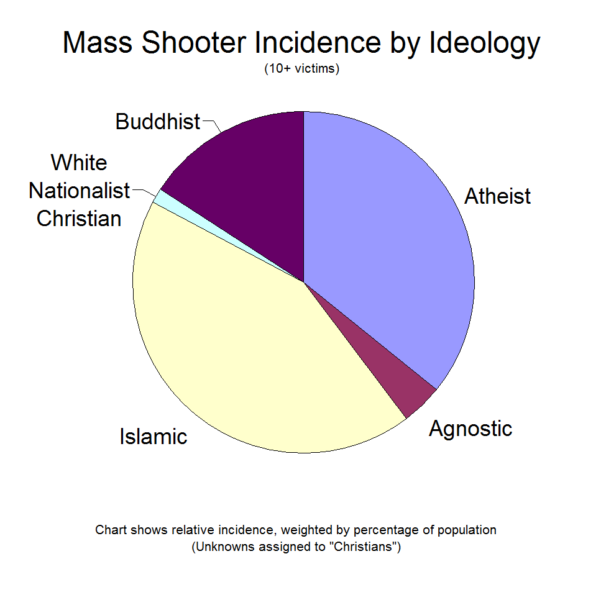 Now look what happens when we assign all of the unknowns to Atheists, the group most represented in the raw numbers: 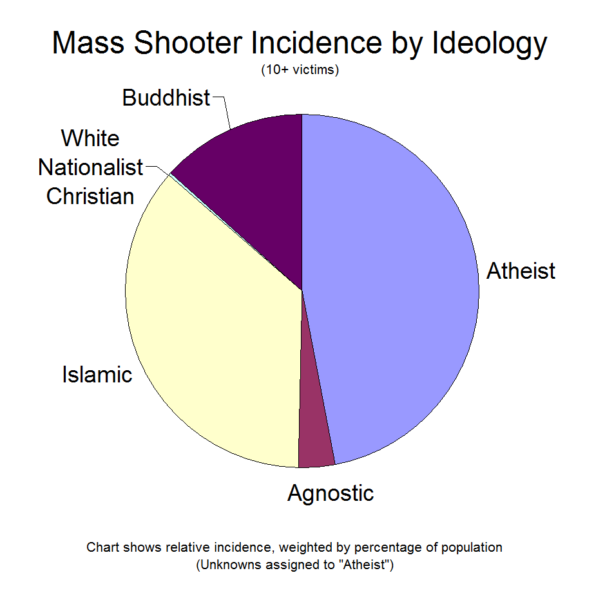 If the unknowns turned out to be atheist, this would mean that atheists are 130 times more likely than Christians to be mass shooters. Given the distributions we do know, atheists may be underrepresented in the statistics.

The analysis leads to many follow-up questions.

Why have mass shootings risen in overall incidence as overall access to guns has declined?

Is there something about Islam that encourages mass shootings?

Is there something about not positively believing in God that contributes to mass shootings?

What is it about Christianity that leads it to be so relatively peaceful?

Is there a relationship between religious and political ideologies in mass shooters?

Is there a relationship between religious ideologies of mass shooters and mental illness?

Is there a relationship between religious ideologies of mass shooters and broken families?

The Christian shooters represented were all white nationalists. It is not clear to what extent their Christianity (if anything) contributed to their mass shooting. There are two ways to approach this: